If I Were A Millionaire, Would I Be Advocating For A Wealth Tax?

First things first. My name is Mie Torp Hansen, I am 38 years old and the Community Engagement Manager for Millionaires for Humanity (sounds straight out of an AA meeting, right?). I have a master degree in Economics and I used to be a successful management consultant at PwC, but for the past three years I have fulfilled a lifelong dream of sailing around the world on my own sailboat. Since February 2021, my job has been to find and engage millionaires around the world who support a wealth tax.

Finding millionaires who support a wealth tax is not easy. At all. I normally say it is like finding a needle in a haystack. First of all, millionaires and even more so, billionaires, are extremely busy people. They are often maintaining a huge network and are engaged with several different projects and initiatives at the same time (probably one of the reasons they got rich in the first place – unless they inherited their money). The chances of them seeing my email is very slim. Even if I manage to have their personal assistant or secretary to present my proposal to them, the likelihood that they will have time to respond is very low.

Even when I do manage to get in contact with a millionaire, there are still several hurdles to overcome. Often, I get a response from the millionaire saying: “I don’t support a wealth tax because I don’t trust our government to spend the money wisely”. I kind of see where they are coming from. They have seen too many failed attempts by governments to handle climate change and inequality in any meaningful way. But so has the rest of us, so I have to say it makes me think about what privilege rich people have. Imagine if the rest of us 99% income-tax-paying-souls (who by the way pay a much higher share of our total wealth in taxes than any rich person does) decided that we would no longer pay income taxes because we ‘don’t trust our governments to do the right thing’ (which we rightfully could claim, because governments have been giving increasing amounts of tax cuts to the rich – universally around the world). Our societies would collapse. Immediately. That would benefit no one, and probably the millionaires and billionaires the least.

Another response I often get from the millionaires, is: “I do support a wealth tax, and I like your initiative, but I am not ready to speak up for a wealth tax just now”, or “I am too busy to get involved at the moment”. To be a millionaire and speak up for a wealth tax is not an easy task. It really isn’t. Many of our members are no longer speaking to parts of their family who do not agree with their advocacy. That’s despite the fact that a wealth tax of 1-5% would do nothing to harm the family’s financial well-being. Heck it wouldn’t even be enough to significantly change our current wealth hierarchies. I guess money, even an extraordinary amount of excess money, is so precious to safeguard for some. Moreover, the general public is not treating these millionaires who speak up for a wealth tax, as the heroes I think they deserve to be. I see many nasty comments on social media, and I even know of a millionaire who had a break in at his house. Nothing was stolen but the knives were rearranged in his kitchen clearly sending the message that his advocacy is not appreciated.

It’s a lot easier to give money to philanthropy and charity. Jeff Bezos gets treated like a rockstar when he gives a few million dollars to food banks in the US. No questions as to why we have food banks in the first place, and everyone fails to see that a few million dollars for Jeff Bezos is like pocket change for the rest of us. Philanthropy also has the benefit (for the giver, not the receiver) that the millionaire has 100% control of what the money goes to. It even gives the millionaire a nice tax cut, which the millionaire can use to make even more money on the financial market.

Unfortunately, philanthropy and charity cannot save our world. The last 50 years has clearly shown this as rich people have obtained a larger and larger share of global wealth while the less fortunate struggle to survive. There are too many rich people who either give too little, or don’t give at all. We need wealth taxes around the world to make sure everyone is paying their fair share.

I am not saying that I don’t like philanthropy or that I don’t think millionaires should get involved with philanthropy – I think they should. But on top of that they should also gladly pay a wealth tax, to make sure that our governments collectively have enough money to deal with big issues like fighting climate change and ending poverty. To make sure no one is left behind.

Don’t get me wrong. It’s not that I am against millionaires or billionaires. And I don’t think inequality is wrong per se. People who go the extra mile to build up companies and provide workplaces should definitely be rewarded for doing so. But the level of wealth inequality that the world is seeing today is not healthy. The world’s richest 1% have more than twice as much wealth as 6.9 billion people, according to Oxfam International, and on average only 4 cents in every dollar of tax revenue comes from taxes on wealth. With wealth also comes power, and the fact that the world’s wealth is in the hands of a few people undermines our democracies and not only that but we are funnelling wealth to a rich elite at the expense of the poorest in society, the majority of whom are women.

People living in poverty, surviving on less than $2 a day is a policy choice. It’s not because we don’t have enough resources (money) in the world to change it, but it is because we have accepted it. Because we have favored rich people getting even more rich, at the expense of hard working people. That’s why we need wealth taxes around the world, so governments can afford to implement social policies which benefit those struggling the most. That is the only way we can reduce inequality and end poverty for all.

If I were a millionaire, would I be advocating for a wealth tax publicly? I have asked myself this question many times (not that I see myself becoming rich anytime soon), and I am actually not sure I would. I might not even be aware of the level of wealth inequality that the world experiences right now and how harmful it is, as I would not be exposed to it. All my friends would likely be rich, and I would have very little reason to have any contact with the 99%. The contact I would have with the 99% would likely be with someone providing a service to me. They would have no incentive to tell me about life outside the 1% bubble, as that might come off as complaining and could result in lower tips from me.

To many people, the rich seem to be an elite group of people. They often get special treatment. Many times, it seems the laws of the land are more lax for the wealthy.

If I were a millionaire, I might go for the easy solution which is paying as little taxes as legally possible (with the help of my high-paid lawyer and accountant), do some meaningful (to me) philanthropy and otherwise just live a quiet life.

That’s why I think we should have the biggest admiration for the millionaires who are out there fighting for what they know is right – a more fair tax system. They are the Martin Luther Kings, the Ghandis, the Nelson Mandelas of our time, and hopefully if we succeed, they will have helped solve one of the greatest challenges of modern societies: ending poverty and unfairness for all. 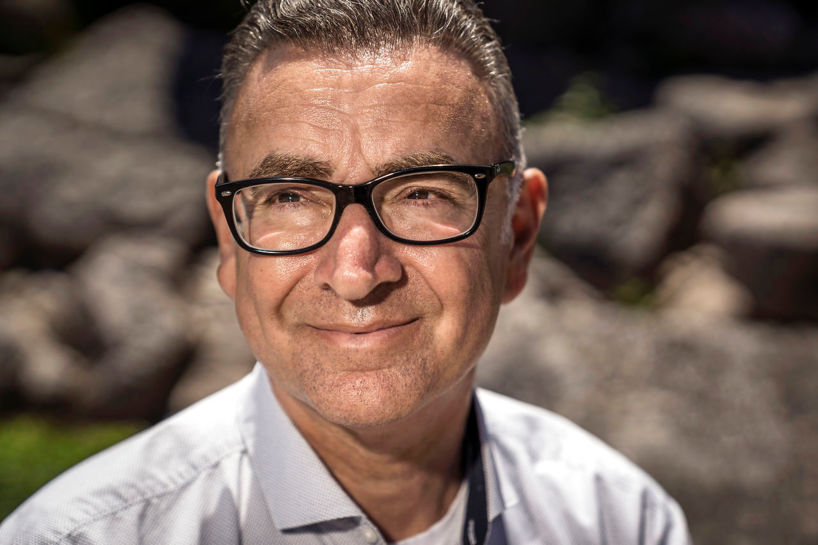 As wealth soars so do emissions; it’s time to tax wealth.

Your site doesn’t have any tags, so there’s nothing to display here at the moment.