About two-thirds endorse the introduction of a wealth tax in Italy, a new poll has revealed. The proposal gets backing from voters across party lines. 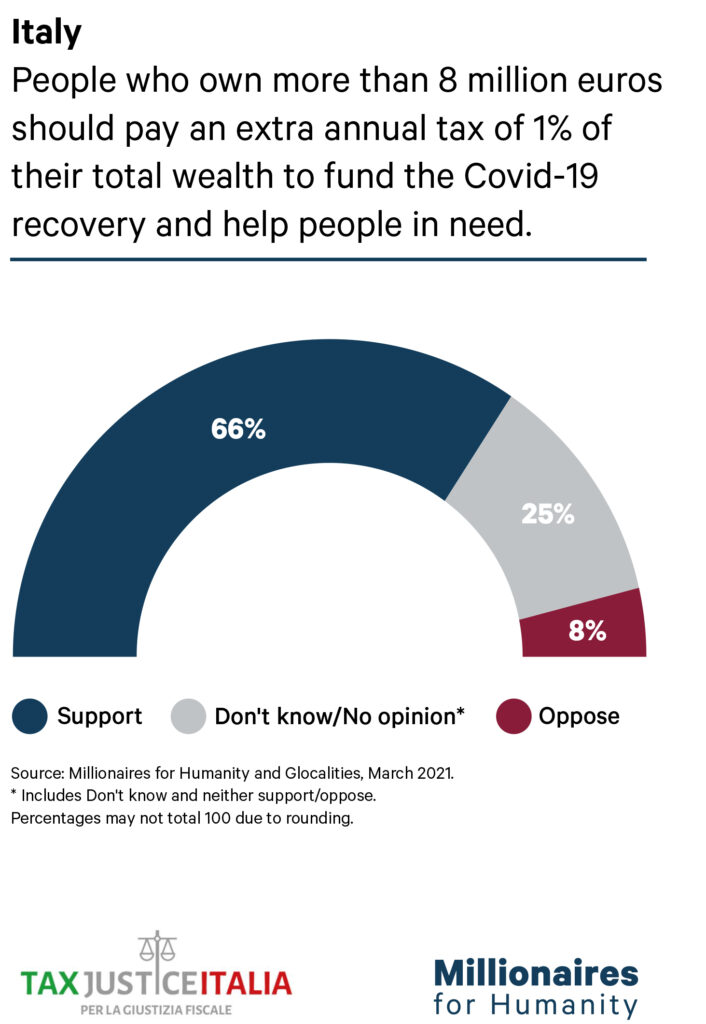 The survey, commissioned by Millionaires for Humanity and Tax Justice Italia and conducted by the international research agency Glocalities, reveals that 66% of the population is in favour of the proposal of an additional annual tax of 1% of the total assets for those who own assets exceeding 8 million euros. This is in order to finance the recovery and help those most in need. Only 8% of the population is against the proposal.

Read more about the poll in Italian.