INDONESIA: 4 out of 5 Indonesians support a wealth tax

Four out of five people endorse the introduction of a wealth tax in Indonesia, a new poll has revealed.

The poll, conducted by international research agency Glocalities, shows that 79% of people support the proposal that people who own more than 140 billion Indonesian Rupiah should pay an extra annual tax of 1% of their annual wealth to fund the recovery and help people in need. Only 4% of people oppose the proposal. 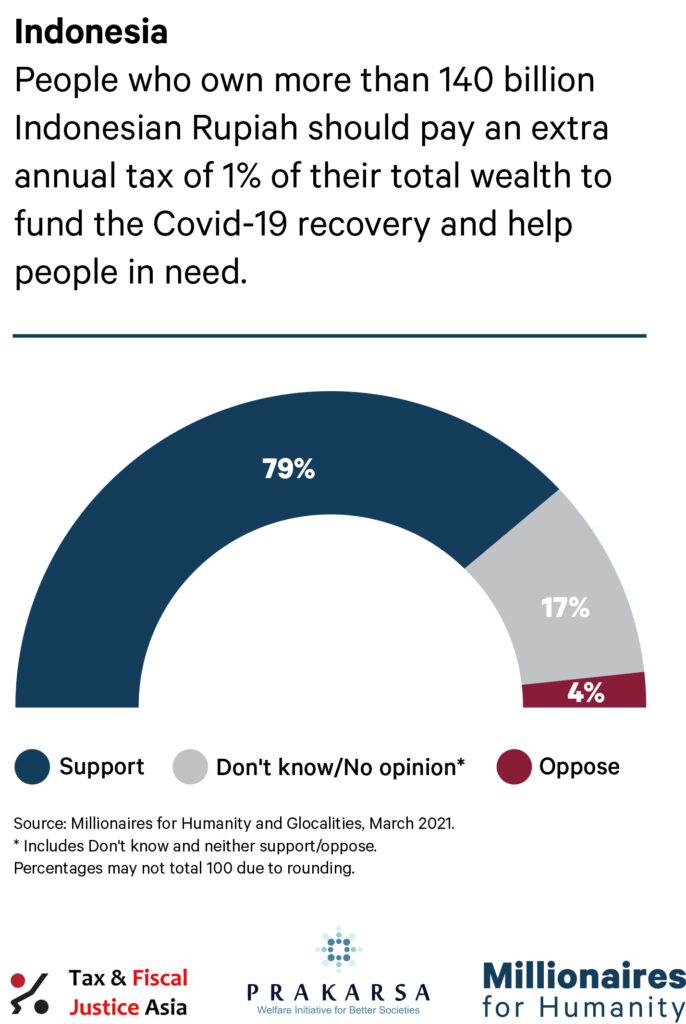 The poll confirms the high level of support for redistributive policies and the concrete form it could take through a wealth tax. It even shows support outweighs opposition to the proposal across parties. For example, 83% of PDI-P voters, support the proposal, with only 5% opposed.

Millionaires for Humanity partner with Prakarsa and Tax and Fiscal Justice Asia in the promotion of the poll results.