FRANCE: Two-thirds are in favour of a wealth tax

Almost two-thirds endorse the introduction of an additional wealth tax in France.

The poll, conducted by international research agency Glocalities, shows that 63% of people support the proposal that people who own more than 8 million euros should pay an extra annual tax of 1% of their annual wealth to fund the recovery and help people in need. Only 10% of people oppose the proposal. 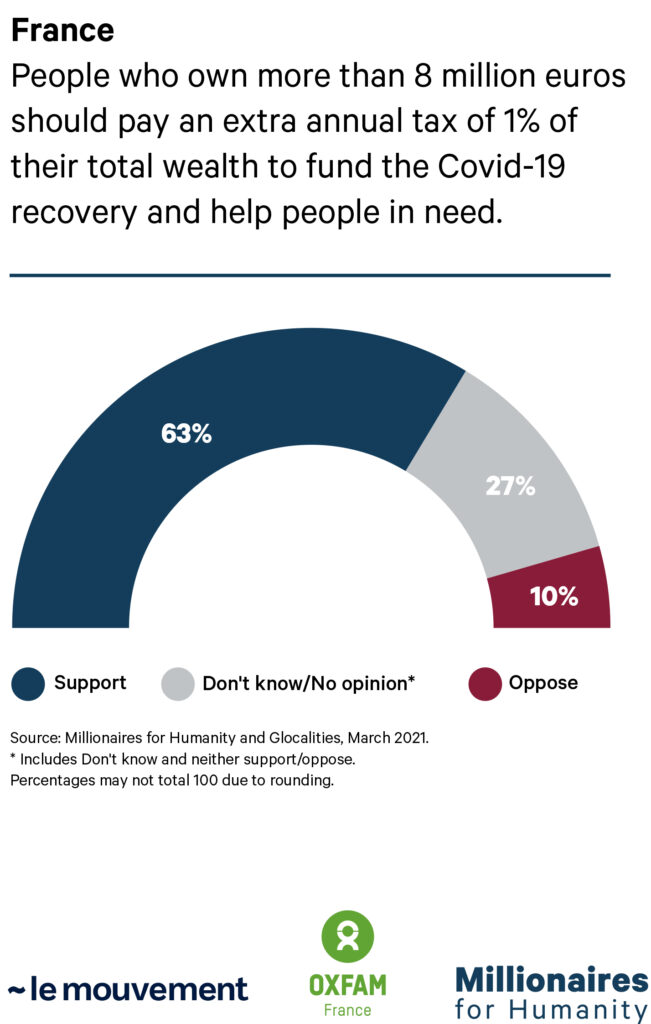 With this poll, the Millionaires for Humanity collective wants to continue sending a clear message to governments: to get out of the crisis and leave no one behind; we must tax the wealth of multimillionaires. Several of the Members spoke publicly to relay this call and, in particular, Antonis Schwarz, German millionaire: “We must make tax justice a priority of the post-COVID 19 recovery. We must reverse the decades of deregulation and ensure progressive taxation of wealth on a global scale. ”