Almost two-thirds endorse the introduction of an additional wealth tax in Belgium, a new poll has revealed.

The poll, conducted by the international research agency Glocalities, shows that 63% of people support the proposal that people who own more than 8 million euros should pay an extra annual tax of 1% of their annual wealth to fund the recovery and help people in need. Only 10% of people oppose the proposal.

The poll confirms the high level of support for redistributive policies and the concrete form it could take through a wealth tax. 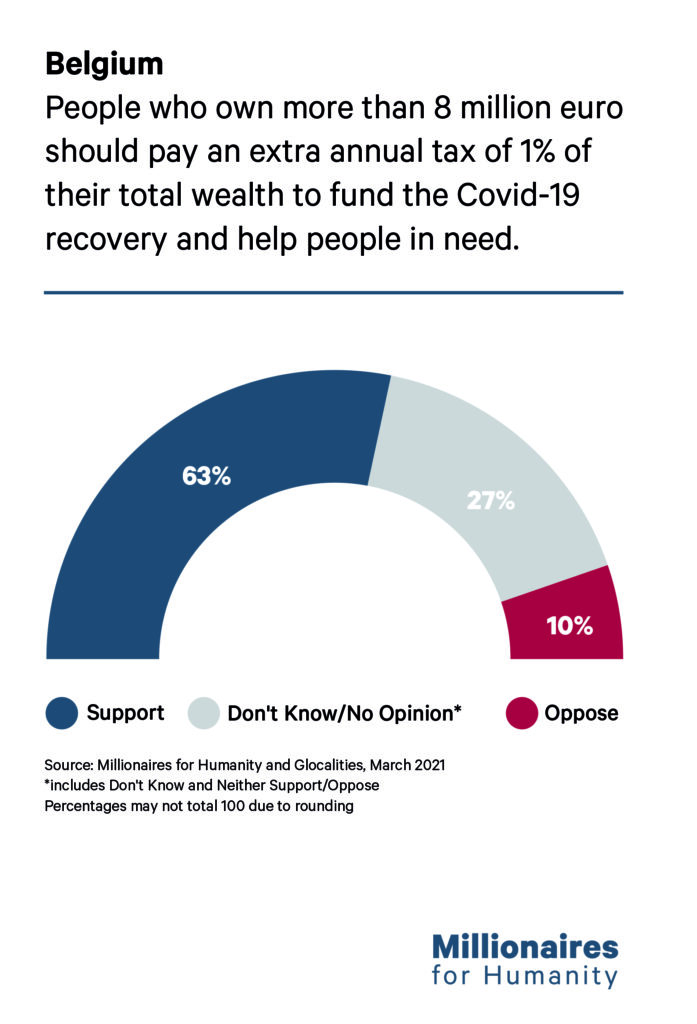 The poll shows support outweighs opposition to the proposal across parties. For example, 76% of Open VLD voters, support the proposal, with only 13% opposed.

Read more in Flemish via Knack and French via Le Vif where they also feature an interview with Millionaires for Humanity member, Antonis Schwarz