THE NETHERLANDS: 57% of the Dutch public support a wealth tax

Almost two-thirds endorse the introduction of a wealth tax in the Netherlands! This confirms the high level of support for redistributive policies and the concrete form it could take through a wealth tax.

The poll, conducted by the international research agency Glocalities, shows that 57% of people support the proposal that people who own more than 8 million euros should pay an extra annual tax of 1% of their annual wealth to fund the recovery and help people in need. Only 13% of people oppose the proposal. 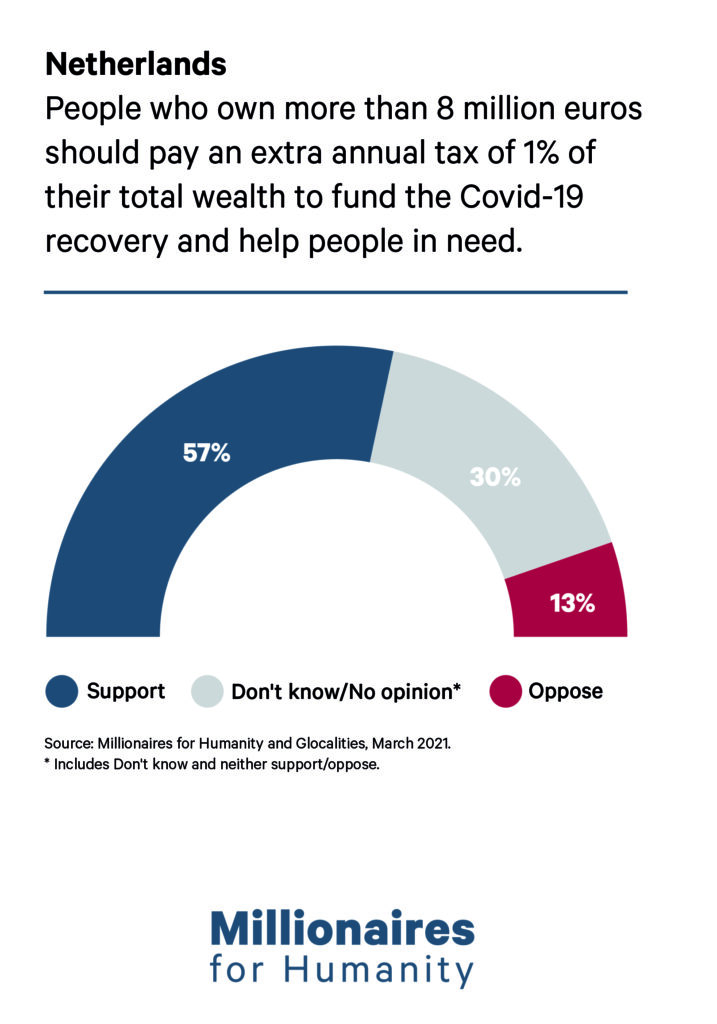 Notably, the proposal gets backing from voters across party lines. The poll shows support outweighs opposition to the proposal across parties. For example, 47% of VVD voters, support the proposal, with only 29% opposed. The election campaigns have provided momentum for higher taxes on the top rich. GroenLinks, SP, PvdA and DENK advocated in their election program for a wealth tax on millionaires. CDA campaigned on a solidarity tax for the rich to pay their fair share of the COVID-19 crisis. VVD leader Rutte stated during the campaign that if it would be necessary to increase the tax burden in the future, in his opinion this should first fall on the rich.